The pitfalls of calling your MLA about the potholes

In the same way that trivial calls to 911 might hinder help to people in dire emergencies, calls to MLAs that focus on micro-local constituency problems such as potholes prevent MLAs from performing their role as legislators. 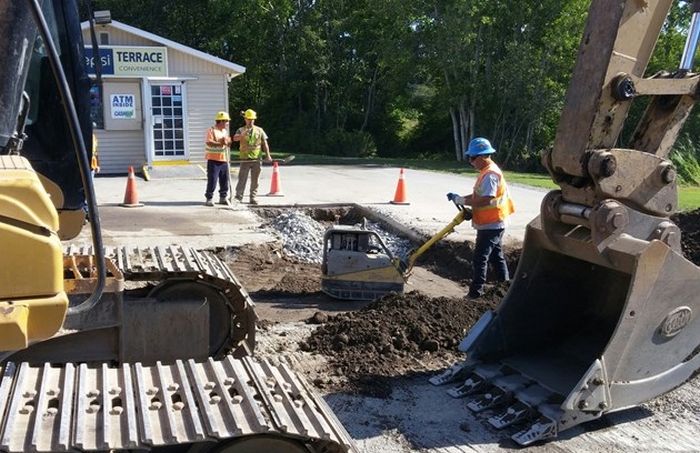 We’ve all heard the stories of people calling 911 for ridiculous problems that are not emergencies. Disgruntled police services across the country frequently publish the most embarrassing 911 calls to discourage citizens from clogging up the line with non-emergencies.

Recent instances include a woman in Newfoundland who called 911 to complain that a restaurant had not included enough cheese on her takeout pizza, a person in B.C. who rang to gripe about a coffee shop that had refused refills and someone who called emergency services to request help to retrieve a basketball that was stuck up a tree.

The former MLAs we interviewed told us similar stories of calls they have received from constituents. Nova Scotians contact their MLAs for a variety of reasons. This is not extraordinary in itself; we live in a representative democracy and MLAs are the key link between Nova Scotians and decision-making power in the province. However, some of the issues constituents expect their MLAs to solve are just as far-fetched as 911 calls to complain about the lack of toppings on a pizza.

Maurice Smith, former MLA for Antigonish, told us about one such incident: “I had a woman call me because she had a blocked toilet.”

Smith shared some other examples of bizarre requests.

“People depend on their MLA for absolutely everything. That's not why you got elected. You got elected to represent the people in the House, as far as I'm concerned. So there's much too much time spent on things like, 'I want my road paved,' or 'I want my garbage picked up on Wednesday instead of Tuesday.' And you're told that that's what you're supposed to do.”

Gordon Balser, former MLA for Digby-Annapolis, also spoke to us about micro-local constituency concerns he had to deal with.

“It’s the nature of the beast. The people just do not appreciate the role of an MLA. Simply because it’s so nebulous. It goes from 'Where’s my doctor?' to 'My son’s student loan didn’t come through,' to 'How come they didn't chloride my road?' to 'How come the fishing season didn’t open at this time?' ”

While rural MLAs told us they were more likely to be contacted about problems of the pothole/blocked toilet variety, constituents in urban areas make similar demands.

“It might be something like, I don't know, nursing home wait list or some problem to do with social assistance that you've never dealt with before. I worked for the Workers' Compensation Board, so it was actually a relief that someone would come to me with a workers' compensation problem because I knew exactly what to do about that. I knew the people, I knew the process, I knew the rules. But then people would come to you with other stuff and it's like, 'I don't know,' and people come to you with all kinds of things because they don't know who's responsible for what — they're looking for help from anybody, and sometimes you say, 'That's really a municipal councillor' and sometimes you say, 'Well, that's really your member of Parliament.' "

In the same way that trivial calls to 911 might hinder help to people in dire emergencies, calls to MLAs that focus on micro-local constituency problems such as potholes prevent MLAs from performing their role as legislators.

It’s not that the blocked toilet or pothole is unimportant; it’s just that the MLA is the wrong person to call.

If MLAs were not wrapped up trying to get a pothole fixed, they might — for example — be able to make laws to ensure adequate road repair in the province or help solve the myriad problems Nova Scotia faces, including our aging population, struggling rural communities and poverty throughout the province.

Roads, helping patients find family doctors, navigating constituents through government programs — these are all things that represent a citizen’s direct interaction with government. And it’s natural for people who aren’t happy with these services to go to their representatives within the system and reach the top, or what they perceive to be the top.

On the other hand, MLAs are lawmakers. They’re the only people who can move and approve new legislation.

Someone else can — at the end of the day — take a constituent’s complaint about the bumpy road. But the one thing that MLAs can do that nobody else can is make laws.

Want the full story? This article is an adapted excerpt from the weekly podcast. Listen to the episode “Roads” and subscribe to the podcast here.