If you read the comments section on online news articles or listen to talk radio, it’s not hard to develop a pretty clear image of what certain people think a politician is. They are power-hungry, pension-seeking, moth-like beings — drawn to each and every spotlight they see. That’s the stereotype, but our research hardly bears this out. 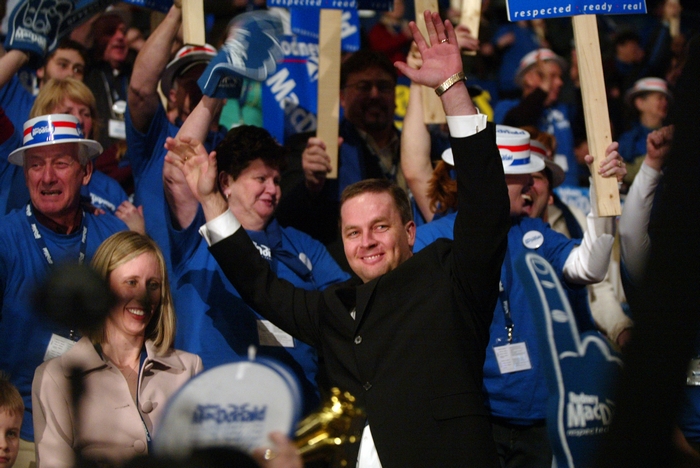 A lawyer, a nurse, and a farmer walk into Province House.

Some people might think that what happens inside the Nova Scotia legislature is a joke (or that this article is the beginning of a bad one).

This is the story of Nova Scotia’s retired MLAs. The story starts with an MLA’s decision to run.

It’s tempting to think of elected politicians as something different from the everywoman and everyman — elitists, lawyers and party hacks. If you read the comments section on online news articles or listen to talk radio, it’s not hard to develop a pretty clear image of what certain people think a politician is. They are power-hungry, pension-seeking, moth-like beings — drawn to each and every spotlight they see.

That’s the stereotype, but our research hardly bears this out.

Like any stereotype, it’s something that we’ve all helped create. They are painted with shades of truths, half-truths, straight up fiction, and a good coating of exaggeration.

Based on the "exit interviews" we’ve conducted with some of Nova Scotia’s former MLAs, there is no "typical" MLA, or if there is one, it’s nothing like the above stereotype.

Before becoming the NDP MLA for the Wolfville area, Ramona Jennex was a schoolteacher (the most well-represented profession within any recent House of Assembly).

“I got a phone call after I had put some (potential candidates') names forward for the area that I had lived in,” she explained. “And they said, ‘Has anyone ever asked you to run?’

Twenty-one of the former MLAs we spoke with waited until they were asked to run for office before putting their hats in the ring. This didn’t mean they hadn’t entertained the idea earlier. As Jennex noted, there is a convention of waiting to be asked.

For some MLAs, being asked seemed to legitimately be the first time they considered running. It was their first step in the process of deciding to run. But for those who were just waiting to be asked, it was the final step on the ladder. The idea had taken hold long ago.

When Rodney MacDonald — another schoolteacher who eventually became the Progressive Conservative party leader and premier — graduated from St. Francis Xavier University, his father encouraged him to seek municipal office.

“At that point, I was 22 and said I wasn’t interested in running for politics anytime soon,” he recounted. “And I knew my interest was provincial.”

Five years later, the Liberals and the NDP won 19 seats each in the historic 1998 election. MacDonald, still on the sidelines, saw his party drift to a distant last place, while the PC candidate in his home riding of Inverness was defeated by 2,000 votes. With a precarious balance of power in the legislature, all parties knew that another provincial election would be right around the corner.

Despite being an active party member, for MacDonald, it didn’t seem like the right time. But everything changed when he attended a Progressive Conservative function in Port Hawkesbury shortly after their defeat.

“When I heard John Hamm, I decided I’d run for the nomination,” MacDonald explained.

A smart and timely move for MacDonald, who would go on to serve in Hamm’s cabinet as one of the youngest Nova Scotians to serve in any cabinet, and later become one of the province’s youngest premiers.

Robert Chisholm’s leadership is often credited with bringing the NDP from their sleepy third-party status to the 19 seats that raised them to government-in-waiting status opposite the PC governments led by Hamm and MacDonald in the late 1990s and early 2000s.

The story Chisholm tells about his path to politics is anything but slick and polished.

“There had been a big announcement of massive layoffs (at) Air Canada or CBC and I was just all wound up about that, wanting to speak up, we weren’t doing enough… blah, blah, blah.”

"Blah, blah, blah" is something Chisholm says often in the exit interview. It’s his way of saying, "I’m sure you’ve heard this line before.” He plugs it into conversation in the same place you’d expect many politicians to pat themselves on the back.

“My wife and then I engaged in these conversations about, you know, ‘If not me, who?’ And maybe it’s time I stood up, and had a say and spoke about these things, and — blah, blah blah.”