By MARK COFFIN with LOUISE COCKRAM

Secret supporters bolstered Alexa McDonough's performance during her early years as an MLA, when she was the only woman and NDP member in the House. “I’d have a note arrive — and I sometimes wouldn't even know where it has come from — saying, ‘In case you're wondering, there is no rule that prevents you from doing the following’ and I would think, 'Wow, who sent me that note?' ” 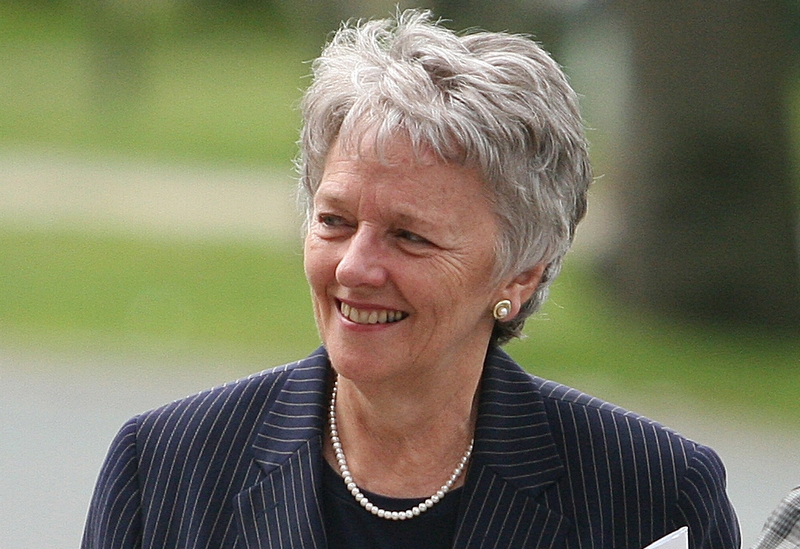 George Moody served in the Nova Scotia legislature for over two decades. He represented the Kings-West riding in the Annapolis Valley from the late 1970s until the late 1990s.

He was a schoolteacher and principal before entering Nova Scotia politics. Anyone who becomes an MLA faces a learning curve, but some people enter the arena with some of the skills they will need already. You may think that someone like Moody would have been able to rely on the public speaking skills he developed in his career as a teacher. He thought so, too.

“I’ll never forget the first time I had to speak (in the House); I was very nervous,” Moody recalled.

He remembers his seatmate and Progressive Conservative caucus colleague Terry Donahoe experiencing something similar. Donahoe was a seasoned lawyer who had argued on behalf of plenty of his clients in the courtroom.

“He was just as nervous as I was,” Moody said. “We had a little chat afterwards about ‘How come this place takes on a different …?' ” Moody waits for the right words to capture the essence of what he had said to Donahoe on that day. He doesn’t find them. “You know, you’re nervous here when you’ve spoken in court or in front of the public before.”

At the end of the day, the nerves wouldn’t last. Moody and Donahoe would rely on each other and their more senior colleagues for support, and their small PC caucus would eventually grow to become the Buchanan government.

It was a different kind of learning curve for Alexa McDonough. She entered the legislature in 1981 as the only member of the NDP caucus, and the only female MLA in the entire House of Assembly.

“It was kind of a solitary existence because I didn't have a clue about the rules of the House,” she recalled.

From the beginning of her political career, McDonough’s strength was talking with voters. She relished going door to door, and giggled as she recalled some of the less-than-egalitarian attitudes she encountered among men behind the doors she knocked on.

“I’m more interested in talking to you,” she remembers saying to the lady behind one of those doors whose husband didn’t think women should be in politics.

She had a knack for making these sorts of doorstep conversations work out in her favour when other candidates might have cut their losses and moved on to the next door.

That kind of intuition and assertiveness worked well on the doorstep and in media interviews, but it wasn’t enough to advance her agenda on the floor of the legislature.

“A lot of (House procedure), you learn by precedence. There's not a chapter in a book that just tells you everything you need to know,” she recalls.

Without colleagues in her own caucus to turn to, she found her footing in the legislature thanks to the anonymous, unsigned notes that would land on her desk.

As the only elected member of the NDP, McDonough remembers being the lone voice on many of the issues she championed in those early days. But sometimes, when the other 50 members of the House weren’t on her side, the rules and procedures of the House could still be used in her favour.

(The House of Assembly is served by a team of legislative pages or assistants. They are usually university or college students who serve the Speaker and members of the House of Assembly when it is in session. They take messages to members who are sitting in the House, serve them water and generally keep things moving smoothly.)

“I’d have a note arrive — and I sometimes wouldn't even know where it has come from — saying, ‘In case you're wondering, there is no rule that prevents you from doing the following’ and I would think, 'Wow, who sent me that note?' ”

Unlike Moody, there was no Donahoe at her side to offer advice in these situations. So she could choose to rest her case or trust her anonymous advisers. She leaned toward the latter.

“I hope they're not making it up because I'm about to gratefully act on that hint,” she says with a laugh. “Sometimes that note came from some sympathetic person in the gallery. Occasionally, I’d learn that it was somebody in the legislative library that would send it, somebody on the Speaker’s staff would send it.

“And there were other times I never knew.”

Want the full story? This article is an adapted excerpt from the weekly On the Record, Off Script podcast produced by Springtide Collective. Listen to this episode “How do you learn to be an MLA?” and subscribe to the podcast here.