By LOUISE COCKRAM and MARK COFFIN

It's not often citizens get a candid look at the political process. In fact, modern politics is so tightly scripted that we rarely ever find out what political actors really think about their roles. Over the course of the next several months, we hope to change all that. We’ll share the private stories about public life in Nova Scotia and we hope you’ll join us along the way. 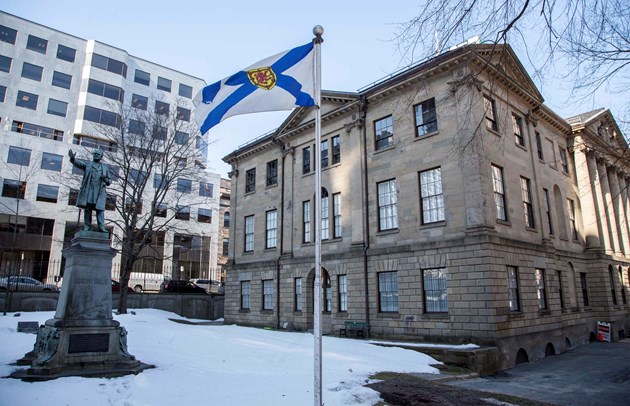 It's not often citizens get a candid look at the political process. In fact, modern politics is so tightly scripted that we rarely ever find out what political actors really think about their roles — or the play in general, which we call representative democracy.

Over the next few months at localxpress.ca, we hope to change all that.

As part of a series of articles we're launching today, you will get to see former MLAs — some of whom are household names in Nova Scotia like Robert Chisholm, Wayne Adams, Rodney MacDonald and Alexa McDonough — as you have never seen them before: out of the limelight but enlightened by their experiences in the legislature.

Many of these subjects they will broach aren’t spoken about publicly by most active politicians — the powerlessness they felt, the dysfunction of the legislature, the exclusion of women and visible minorities and the secrecy that dominates decision-making within the Nova Scotia government. Those very subjects will be the focus of our first in-depth piece, which will be posted here tomorrow.

The articles you’ll read here are a companion feature to the On the Record, Off Script podcast in which we put provincial politics under the microscope. In the podcast, we’ll take a deeper dive into the stories and issues you’ll see written about here.

Both the podcast and articles will follow the career timeline of a Nova Scotia MLA. The story begins with one decision, common to all MLAs — the moment when each resolved to put their name forward and stand for public office. The story ends with another decision — the one to end a career in provincial politics. Some MLAs make this decision for themselves, while others have it made for them.

Every now and then, we’ll step out of that timeline, and explore a topic or question that came up in our interviews but doesn’t easily fit neatly anywhere in the timeline of an MLA’s career, but is still important.

Over the course of the next several months, we’ll share the private stories about public life in Nova Scotia. We hope you’ll join us along the way.

Where do we begin? Oddly, with the exit interview.

Over the past two years, we have been travelling across Nova Scotia to speak with former members of the legislative assembly (MLAs). We offered each of them a chance to do an "exit interview." We have since conducted 35 of these with former MLAs — of the roughly 100 former MLAs still living in Nova Scotia.

Exit interviews are common in many workplaces. The rationale is simple: give your most experienced employees a chance to share the good, bad and the ugly about their workplaces when they no longer have to show up to work the next day. By asking these questions at the end of their terms, there is less hesitation about speaking about the truths that are important to know about, but often uncomfortable and unwelcome when you consider the workplace culture and power dynamics at play.

All of the interviews we conducted were on the record, but what we heard didn’t sound much like the scripts and talking points voters are used to hearing from our elected leaders.

Neil Ferguson is the chief clerk of the Nova Scotia House of Assembly. He is responsible for swearing new MLAs into office following each election. During the swearing-in of the newly elected Liberal MLAs in 2013, he underscored how unlikely it was for any Nova Scotian to end up sitting in the seats they had just been elected to.

“Of the millions of people who have been born and lived in the over 250 years of democracy in this province,” Ferguson said, “only a handful ever are elected by their communities to serve in such high and honourable offices.”

All the more reason to speak candidly with them once they’ve completed their service.

Exit interviews work because after legislators leave politics, the stakes are lower, so it reduces the risk factor for those who choose to tell the truth. In our interviews, we heard MLAs characterize their experiences in ways that would make any good citizen question the most basic assumptions about how our democracy is meant to work.