‘I hated losing my independence, having to vote the party line,’ recalls Francene Cosman. ‘I found that very difficult because I’m very much an independent thinker. So, that was the toughest role for me, was learning to toe the party line.’ 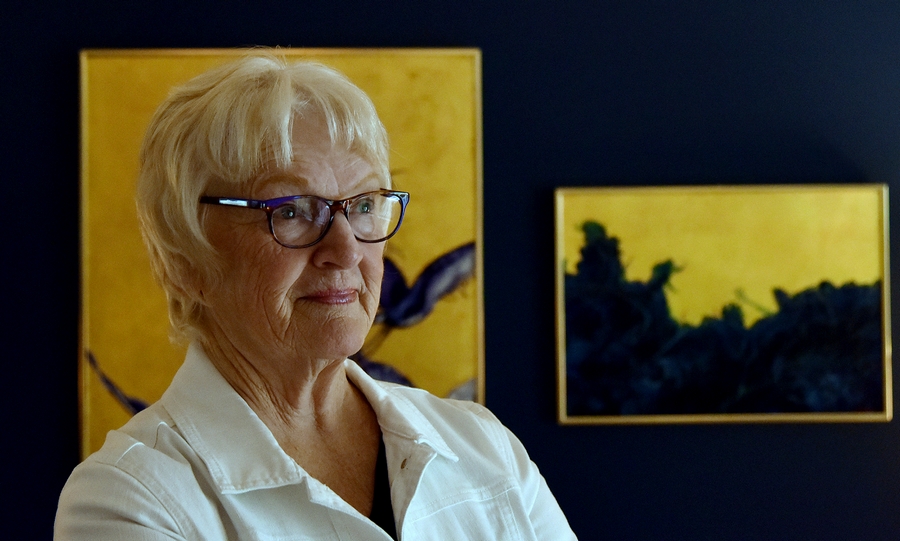 Howard Epstein has never been known as someone who keeps his cards close to his chest. The former MLA served the district of Halifax Chebucto for over a decade and a half, and has long been known for representing the social-democratic heart of the New Democratic Party.

When the party drifted too close to the centre during its time in government, he was among the first to express dissent. Usually, he expressed it quietly, but not always. One issue he spoke out on from the backbench was the financial support the province offered for the construction of the new Halifax convention centre.

“I was already on record as being against it anyway, before I was an MLA,” Epstein said. “This thing had a long history before our government even got involved in it, so I didn’t feel I was inappropriately out of line on that.”

He makes no apologies for the opinion he held — and expressed. One thing he does feel some remorse over is what he characterized as an unintended slip of the tongue that revealed more than he intended.

“I inadvertently said, outside the caucus room, the dollar number that the government had committed to (before it was announced). Some of my caucus colleagues initially didn’t believe that was inadvertent; they thought I had done it deliberately.”

Francene Cosman, a former Liberal MLA from Bedford, had similar struggles with her own party.

“I hated losing my independence, having to vote the party line,” said Cosman.

“I found that very difficult because I'm very much an independent thinker. So, that was the toughest role for me, was learning to toe the party line.”

Equally tough for Cosman was the period of time when she held the role of caucus whip. As whip, she would have been responsible for keeping other MLAs in line when it came time to vote on controversial bills and resolutions in the legislature.

Cosman and Epstein have something else in common: they both served as elected officials in municipal government before serving at Province House. Cosman was the first mayor of the Town of Bedford in the 1980s and Epstein a Halifax city councillor for much of the 1990s.

Since there are no political parties in municipal government, there is no party discipline. Perhaps that, in part, is where Cosman and Epstein’s independence was cultivated.

Both former MLAs served before the amalgamation of their own municipalities and others into Halifax Regional Municipality. Epstein also served on the first regional council elected post-amalgamation.

It was municipal amalgamation that drove a wedge between Cosman and her party’s leadership. Then-premier John Savage and his cabinet favoured amalgamation, but public opinion in Cosman’s riding favoured the status quo.

“They held a plebiscite in Bedford,” she recalled. “So, it ended up that there was quite a good, strong turnout in Bedford — I think it was six out of 10 people voted against amalgamation.”

Her colleagues were aware that she was wrestling with the decision.

“Somebody fairly well placed in the party would go — you know — give me the hand signals, and then they'd say, 'Nothing coming your way,' you know. I knew I had a lot of pressure on me.

“And I probably wouldn't have had any opportunity to succeed on the issues in my riding that I needed, and that was schools. I had so much growth out here. We needed schools, new ones, old ones repaired, and I thought, 'There's not gonna be a co-operative response to the needs of this community if I broke with the party.’”

So she did what MLAs are taught to do when they can’t support their party. She took a walk out of the legislature when the final vote was about to happen.

This strategy was not an unfamiliar one for Epstein.

"I certainly absented myself from a number of votes, things that I wouldn’t vote in favour of but chose not to stand up and speak against,” said Epstein.

Unless a recorded vote is requested, MLAs can opt out of expressing an opinion they feel puts them in a lose-lose position when balancing the interests of their party, their constituents and their own consciences.

It’s a temporary solution for MLAs who are feeling the heat, but it raises questions about the role of the legislature and of political parties in aiding or impairing deliberation on important public issues.

Want the full story? This article is an adapted excerpt from the weekly podcast. Listen to the full episode this article is drawn from, and subscribe to the podcast here.