If you lost your cool, would you be blamed, charged or protected?

In May of 2013 — four years ago this month — then-NDP MLA Percy Paris was arrested for assaulting Keith Colwell, a Liberal opposition MLA. The question of whether Paris ‘hit’ or ‘touched’ Colwell is hardly the most important question here. 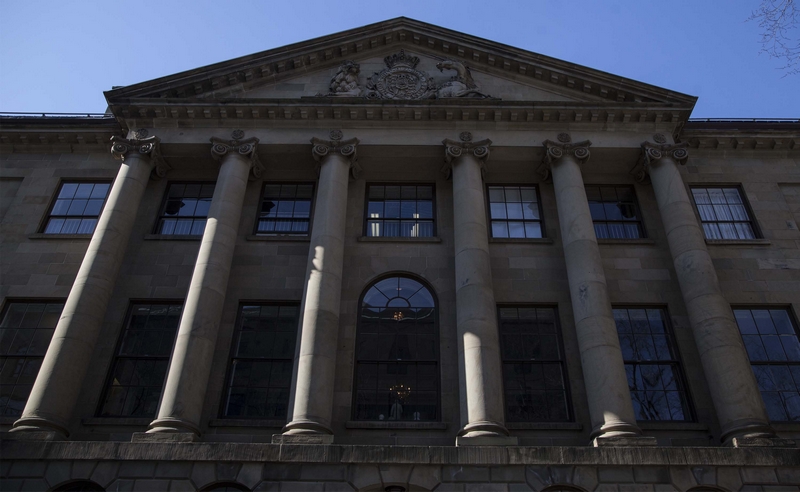 In May of 2013 — four years ago this month — then-NDP MLA Percy Paris was arrested for assaulting Keith Colwell, a Liberal opposition MLA. Aside from some ruffled clothing, there was little evidence of physical assault, but police were called and charges were laid.

Following the October 2013 election, the charges against Paris were dismissed by the Crown, on the condition that Paris completed an adult diversion program for those who don’t have criminal records.

The Off Script research team has heard other stories of assaults between MLAs —assaults that were never reported in the news. The last publicly reported assault between MLAs was in 1973. In that instance, Paul MacEwan was punched at point-blank in the House of Assembly chamber, and charges were not laid.

Akerman reminded readers of Laffin’s life history — his experience as a prisoner of war — and his general likability and kindness — attributes that likely contributed to him being forgiven more easily by his colleagues. MacEwan, who sat as an NDP member at that time, was not well liked by many in the legislature, and was critical of most all of his colleagues in that era of his career.

No such considerations seemed to be made for Paris or Colwell in the public dialogue or media coverage that followed. Laffin’s matter was handled internally, while Paris’s incident was handled by the courts.

Should we go back and charge Laffin for what he did? Probably not. In comparing the two incidents, however, it becomes clear that his respectable background helped him out of a tight spot. He had relationships with allies, and those relationships gave him protection when he lost his cool.

The guy who was punched, on the other hand? MacEwan?

MacEwan was labelled a troublemaker long before getting punched. He used what Akerman called a “loud, hectoring tone” to address what he saw as “a bastion of wealth and privilege.” That’s the reason Akerman says MacEwan was “ill at ease in the legislature,” and why others saw him as “cold, edgy and standoffish.” He also suggests that MacEwan’s unpopularity was the reason why he was depicted in political cartoons and commentary as being responsible for his own assault.

The question of whether Paris “hit” or “touched” Colwell is hardly the most important question here.

A more important question is this: “Why weren’t Mike Laffin or the MLAs who assaulted other MLAs we have heard from in our interviews ever charged, but Paris was charged?”

Want the full story? This article is an adapted excerpt from the podcast. Listen to the episode The white House and subscribe to the podcast here.