And the nomination goes... according to political script, usually

Even though the people who show up to vote at nomination meetings aren’t overly partisan, and even though the results of most contests are unsurprising to the candidates involved, that doesn’t mean nail-biters don’t happen now and then. These contested ones are — from what we have heard — quite rare, and are the stuff of legend. 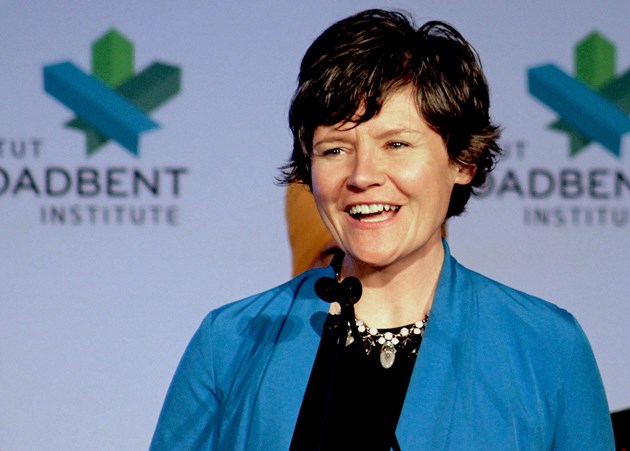 There is a provincial election just around the corner.

In Nova Scotia, there are no fixed election dates, so the premier and the rare few whom he trusts are the only ones who know when that date might be. For everyone else — Liberal MLAs, opposition MLAs and candidates for all parties, as well as Elections Nova Scotia — it’s guesswork. That means preparing as if the election could happen tomorrow.

It started over a year ago. Local riding associations — one for each political party, and one in each of the 51 electoral districts — began nominating their candidates. The nomination process is an election in itself.

In speaking with former MLAs about their experience seeking their own party’s nomination, we heard about the three ways these contests almost always go. There are stacked rooms, empty rooms and rubber stamps.

The stacked room was the most common. At least two candidates would seek the nod of the same party. Each of them did everything they could to bring their friends and family out to vote for them. Most of the attendees at these meetings didn’t have much allegiance to, or history with, the party. They were there to support their friend, their co-worker or their cousin. In the end, whoever brings the most people out wins.

Usually, it was pretty clear who had the most supporters at the beginning of the evening.The room was stacked.

When the interest level is low, there’s an empty room. Maybe it’s because the riding association didn’t do much to get the word out. Perhaps they didn’t think they could win the district. But let's not forget that the former MLAs we spoke to who faced an empty room on nomination night did in fact win on election night; and so, a political career quietly began.

Finally, there’s the rubber stamp. The rubber stamp gets pulled out when the party currently holds the riding, and the serving MLA intends to run again. There’s rarely a challenger. The room is still stacked, but everyone is there to support the MLA who has chosen to re-offer.

The rubber stamp also comes out when there is a clear party favourite — someone who's been hand-picked by the leader, or the local riding association — without much effort being spent to recruit alternative candidates.

At the other end of spectrum, if the party and voters don’t think there’s a chance of winning the riding, then there’s unlikely to be a competition, and the rubber stamp happens in the almost empty room.

Not your textbook example

The kind of nomination meeting we didn’t hear much about was the contest you might hear described in some outdated, or out-of- touch political science textbook, about how an ideal party nomination would work. One where party members — people with deeply held shared values — got together and chose from among themselves who the best candidate would be to represent those values in the election, and ultimately, the legislature.

Even though the people who show up to vote at nomination meetings aren’t overly partisan, and even though the results of most contests are unsurprising to the candidates involved, that doesn’t mean nail-biters don’t happen now and then. These contested ones are — from what we have heard — quite rare, and are the stuff of legend.

Nominations meeting where, at the beginning of the evening, or at some point during the evening, it becomes clear that nobody in the party has any clue which candidate is going to win.

That was the story behind the former Liberal MLA Francene Cosman’s nomination, where her hockey-coach opponent bused in players from all around (and she suspects even from outside the riding). Something shifted once attendees heard her speak openly about the underhanded criticisms her opponent had been spreading about her position on a woman’s right to choose.

It was a similar level of suspense for Megan Leslie, the two-term Halifax MP who first sought the nomination for the NDP in 2008. The room was full of signs for her main opponent, Alexis MacDonald (just a few letters off from the MP both women hoped to succeed, Alexa McDonough). But after a barn-burner of a stump speech and two rounds of voting, Leslie walked out with the party’s nomination in hand.

Competitive contests like these are rare at any level of politics. Leslie’s story wasn’t the kind we set out to explore, but, like Cosman’s, it’s one of the few stories of its kind in Nova Scotia’s recent political history.